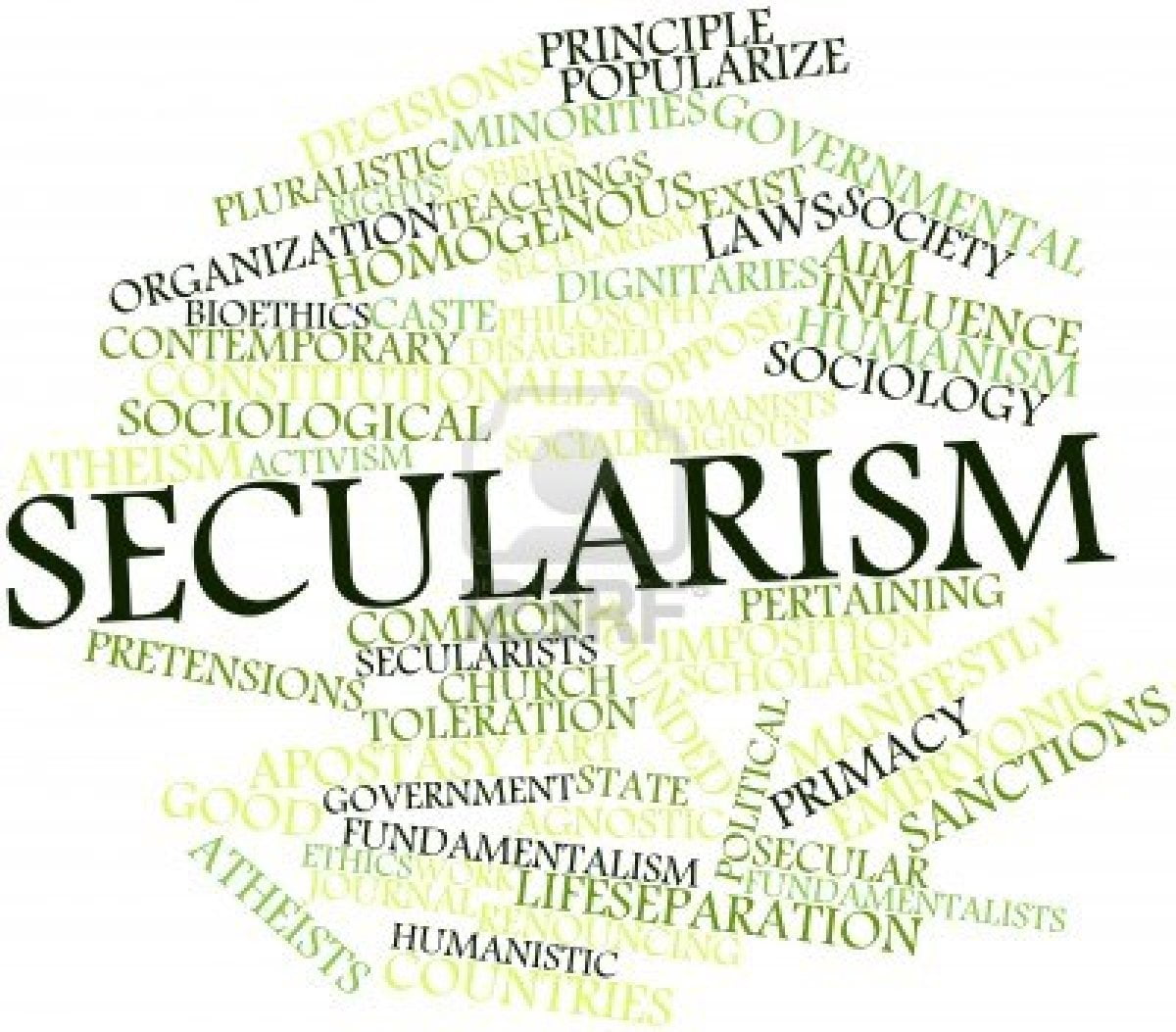 The only way for the Muslim community, insofar as it can be referred to by such a homogeneous term, to resolve the problems caused by the rise of Islamic extremism and the predictable reaction to it, is at once to accept secularism and to reject shari’aa and the primacy of Islam over other cults.

The issue is not between a Christian majority and a Muslim minority, it is between a society founded on democratic principles and reason, an arch crowned by the keystone that we can change the laws that govern us by electoral mandate, and a religious minority that refuses to accept this, and instead insists that no part of the law, as expressed through shari’aa — because it is ‘god’s’ law — can ever be altered, even in one word.

As a lifelong liberal, inclusionist, respecter and promoter of minority and other human rights, I am thoroughly weary of the complaint of those who consider that our secular democracy does not do enough for them, while themselves refusing to recognise that all religions, whatever their individual merits and demerits, within a multicultural environment, must defer to secular democracy and secular law.

To do so does not require that people give up their culture, merely that they change it to be in line with the one they live in — something that Britain’s first waves of Muslim immigrants did, but which has now been replaced by a culture of confrontation, that leads only to extremism on both sides.

Across the Internet there are countless poison-pen articles from Islamic fundamentalists who condemn the Quilliam Foundation, but the core of their criticism is that Quilliam promotes secularism amongst Muslims. It wants the Muslim community to become like the Christian one in the UK — British, democratic and secularist first, Muslim, religious and faithful second. The Islamists who condemn it want the exact opposite, and their path can lead only to disaster.

It is only by becoming secularist and placing democracy and the rule of secular law above religion and religious ‘law’ that the Muslim community can actually integrate into the broader UK one. Failure will inevitably lead to further polarisation, extremism, and ultimately violence.

Nobody should care whether Islamic texts render the cult ‘inherently peaceful’ or ‘inherently violent’. We could make the same observation about Christianity or Judaism — that their texts are ambiguous and open to being read in diametrically-opposed ways. What we should be focusing on is how people are expressing their religion. Are they denying science? Are they denying Evolution? Are they against secular law? Are they in favour of millennia-old creeds, without a jot of relevance to the way we live today, being the basis upon which we are judged and governed — not by ‘god’ or ‘allah’ but by other humans? Do they suggest that their particular cult is somehow ‘more correct’ than any other? Do they believe that their adherence to a set of cult beliefs should afford them better treatment than others? Do they believe that their code should allow them to decide how other people should behave?

If the answer to any of these is ‘yes’, whether you are a Christian, a Jew, a Baha’i, a Mormon, a Muslim or of any other religious persuasion, then your views are not compatible with secular democracy and you will have to find ways to resolve this, by changing your ideas to be more aligned with the culture you live in. It is not for secular culture to change to accommodate religious ideas, because secularism is the compromise, thrashed out in the Enlightenment, that allows people, of any religious persuasion as well as those of none, to live alongside each other in peace, and it therefore must stand above all and any of them.

If you cannot do this, then you cannot integrate, and you cannot expect the secular society you live in to protect you. It cannot respect you until you respect it, and that means accepting that secular ideas and laws come before religious ones. Secularism will guarantee you the right to worship as you will, as long as you harm no one, nor impede in any way their right to live as they choose under secular law — including those who may, notionally or otherwise, share your faith. But the bargain is strict: you must accept the primacy of secularism before it can afford its protection to you.

Religious fundamentalism, whether that be expressed by Islamists or Southern Baptists, is incompatible with secular democracy. Yet without secularism, it is inevitable that conflict and violence will occur. We see, right now, how, in America’s infamous ‘Bible Belt’ the horrible undercurrent of hatred persists. In the last month or so we have seen a toll of death that has but one cause — religious intolerance.

In the United States this has its roots in the very psyche of the nation itself and the fundamentalist refusal of the South to defer to secularism and secular law, even after a civil war of staggering brutality, which it comprehensively lost a hundred and fifty years ago. Yet the hatred lives on, surviving and evolving, and now exports itself to other parts of the world. In the last month or so we have seen a mass murder of black people by a white Christian supremacist, and an ongoing campaign of killing against transgender people, sparked by the recent decision by the US Supreme Court to uphold all citizens’ right to marry. (This right confers but little benefit on trans people, but they pay the price for it by being more obvious than white, middle-class cis-men, and thus easier targets for those fed hatred from the pulpit.)

We should, rightly, be horrified at the depraved mindset of these Christians — yet the very same mindset is at work in Islam and no notions of ‘multiculturalism’ or ‘tolerance’ should allow us to avoid confronting it.

Muslims in the UK must accept that the culture they live in cannot make exceptions to its secularism for them or any other religious minority. The outlook for us all, if this cannot be achieved, is grim in the extreme.

Liked it? Take a second to support Rod Fleming on Patreon!

Buy Me A Coffee!

Buy Me a Coffee